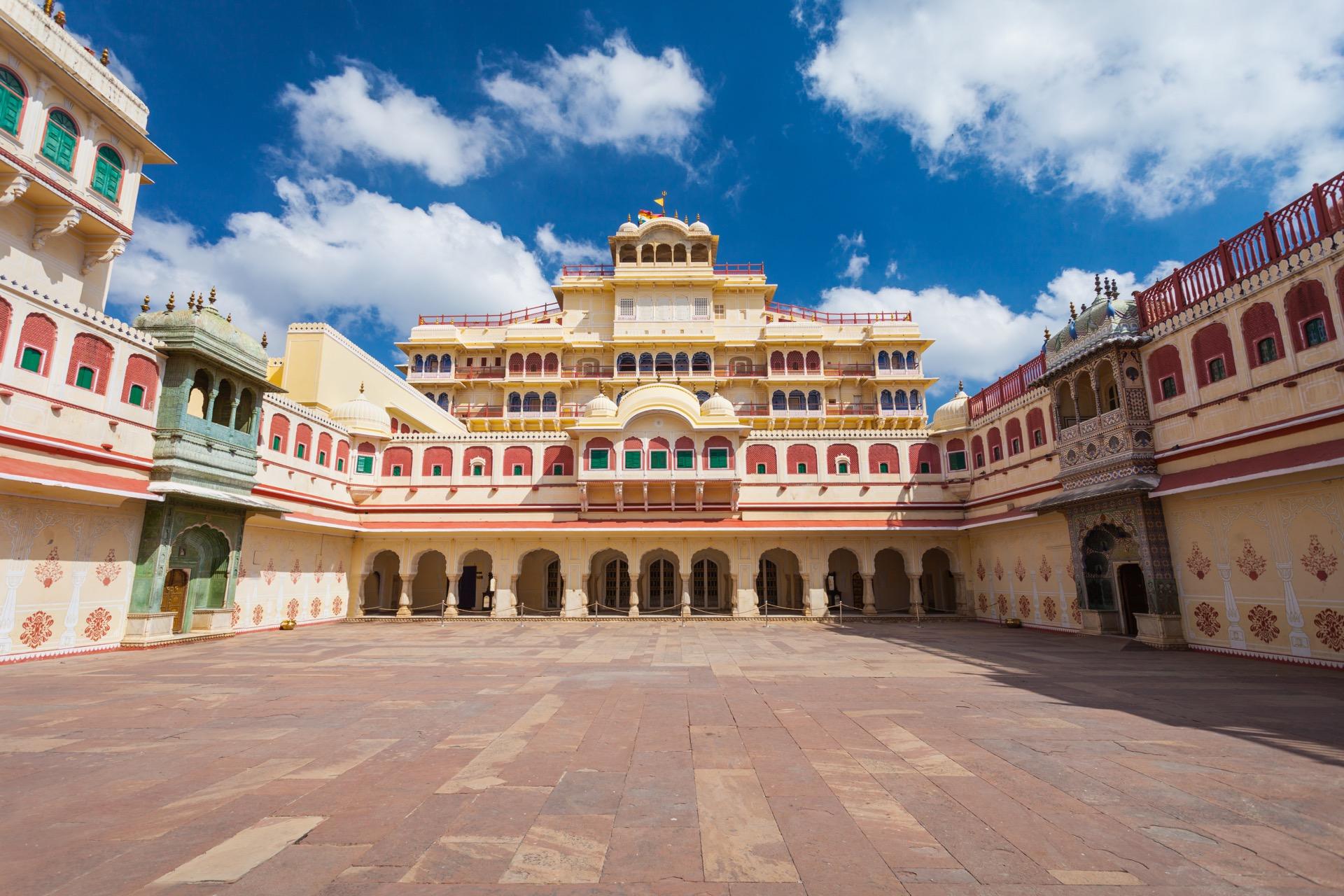 City Palace Jaipur includes the different Palaces and the other building which is situated in the old city of Jaipur, the capital of state Rajasthan in India. The City Palace was set up by the Maharaja of Jaipur who was the head of Kachwaha Rajput clan.

The palace was built between 1729 and 1732, initially by Sawai Jai Singh II, the ruler of Amber. He planned and built the outer walls, and later additions were made by successive rulers continuing up to the 20th century. The credit for the urban layout of the city and its structures is attributed to two architects namely, Vidyadhar Bhattacharya, the chief architect in the royal court and Sir Samuel Swinton Jacob, apart from the Sawai himself who was a keen architectural enthusiast. The architects achieved a fusion of the Shilpa Shastra of Indian architecture with Rajput, Mughal and European styles of architecture.

After the death of the Maharaja Sawai Jai Singh 2 in 1744, there were internecine wars among the Rajput kings of the region but cordial relations were maintained with the British Raj. Maharaja Ram Singh sided with the British in the Uprising of 1857 and established himself with the Imperial rulers.

It is the credit of the Maharaja Ram Singh as because of his effort the city of Jaipur including all of its monuments are stucco painted ‘Pink’ and since then the city has been called the “Pink City”. The change in color scheme was as an honor of hospitality extended to the Prince of Wales (who later became King Edward VII) on his visit. This color scheme has since then become a trademark of the Jaipur city.

Man Singh II, the adopted son of Maharaja Madho Singh II, was the last Maharaja of Jaipur to rule from the Chandra Mahal palace, in Jaipur. This palace, however, continued to be a residence of the royal family even after the Jaipur kingdom merged with the Indian Union in 1949 after Indian independence in August 1947, along with other Rajput states of Jodhpur, Jaisalmer and Bikaner, Jaipur became the capital of the Indian state of Rajasthan and Man Singh II had the distinction of becoming the Rajapramukh for a time and later was the Ambassador of India to Spain

Structures Of The City Palace Jaipur

The Chandra Mahal is the most commanding building of the City Palace. Chandra Mahal is situated on the west end of City Palace. It is a seven-storey building and each floor has been given a specific name such as the Sukh-Niwas, Ranga-Mandir, Pitam-Niwas, Chabi-Niwas, Shri-Niwas and Mukut-Mandir or Mukut Mahal. It contains many paintings, mirror work on the walls and floral decoration. Only the ground floor is allowed for visitors where a museum is located that displays carpets, manuscripts and other items that belonged to the royal family.

Diwan-I-Khas
Diwan-I-Khas is the private audience hall of the Maharaja. It is located between the armory and the art gallery. There are two huge sterling silver vessels of 1.6 meters (5.2 ft) height and each with capacity of 4000 liters and weighing 340 kilograms (750 lb), on display here. They were made from 14000 melted silver coins without soldering. They are officially recorded by the Guinness Book of World Records as the world’s largest sterling silver vessels.

The Hall of Public Audience or the Diwan-I-Aam is an enchanting chamber, with the ceiling painted in rich red and gold colours, which still looks vibrant. It is a major attraction in the Mubarak Mahal courtyard. This chamber, functioning now as an art gallery, has exhibits of exquisite miniature paintings of Rajastahni, Mughal and Persian art, ancient texts, embroidered rugs, Kashmir shawls and carpets. The ceiling is richly decorated. At present, it is an art gallery showcasing enthralling painted ceilings and rare ancient handwritten original manuscripts of Hindu scriptures the Hindu holy scripture of the Bhagavad Gita handwritten in tiny script.

Maharani palace
Maharani palace was the residency of the royal Queens.It has been converted into a museum, where weapons used by the royalty during war campaigns are displayed, including those belonging to the 15th century. The ceiling of this chamber has unique frescoes, which are preserved using jewel dust of semiprecious stones. A particular weaponry on display is the scissor-action dagger, which when thrust into an enemy’s body is said to disembowel the victim, on its withdrawal. The other artefacts on display include swords with pistols attached to it, the sword presented by Queen Victoria to Maharaja Sawai Ram Singh (1835–80) which is inlaid with rubies and emeralds, guns serving as walking sticks and a small canon.

Bhaggi Khana is a museum in the palace complex where a collection of old carriages, palanquins and European cabs adopted as baggis to Indian situations are on display here. The baggi which attracts attention is the one gifted by Prince of Wales to the Maharaja in 1876, called the Victoria baggi.

Govind Dev Ji temple is the temple dedicated to the Hindu lord Krishna who is known by the different names and the one of his name is Govind Dev Ji. It was built in early 18th century outside the walls set in a garden environment. It has European chandeliers and paintings of Indian art. The ceiling in the temple is ornamented in gold. Its location provided a direct view to the Maharaja from his Chandar Mahal palace. The arathi Which is prayer offering for the deity can be seen by devotees only for seven times during the day.